How Viessmann’s Forklift Tracking System Reduced Vehicle use by 20%

Every day, the team at Viessmann Group’s sheet metal production site in Germany moves 1,000 pallets of semi-finished products through the 20,000 square meter facility. This job is now made easier by a new SEP Logistik/BlueBotics forklift tracking system. This guides drivers to exactly the right pallet, at exactly the right time, and has reduced the number of forklifts needed per shift by 20%.

Viessmann Group is one of the world’s leading manufacturers of renewable and sustainable heating, cooling, air, and climate solutions (HVAC). The company was founded in 1917, and has innovated throughout its more than one-hundred-year history, including following lean manufacturing principles.

The Viessmann production team identified a number of inefficiencies in the company’s production process, including:

Removing these obstacles and inefficiencies would allow raw materials to flow through to value-adding steps more quickly.

The specific aim of the project was to reduce logistical costs and the number of required personnel by increasing efficiency and making pallet scanning redundant.

All pallets are logged in the system just once, and the pallet tracking system automatically updates a pallet’s location whenever it is moved, parked, or shifted to access other inventory – all without an operator needing to scan it.

The RELAG-System® system knows the job schedules of the trucks and the placement of the required pallets. And, thanks to ANT localization by BlueBotics (installed in each forklift), it also works as a “forklift GPS,” since it knows the precise location of each vehicle on the floor.

ANT localization uses natural feature navigation technology to identify the exact location of each vehicle by referencing permanent features in the environment, such as walls and pillars. The vehicle’s coordinates are then relayed to the Viessmann RELAG-System®, which calls the closest available vehicle for the job.

The forklift operator sees a 3D visualization of the goods’ location and a suggested route – both to the pallet and to the required production line. With roughly 3,000 position units throughout the sheet metal facility, the time savings achieved are significant enough to reduce the number of forklifts per shift by 20%.

Markus Fischbacher, member of the Managing Board at SEP Logistik AG, says: “We selected the BlueBotics ANT localization solution because of its proven capability, reliability, acceptable pricing, and the service provided by BlueBotics… It is a company we trust, and we are delighted with both the technology and the relationship we have with them.”

Forklift downtimes “a thing of the past”

The results achieved by SEP Logistik’s forklift tracking system speak for themselves. Udo Ungemach, Head of Logistics at Viessmann, comments: “The new system means the number of forklifts per shift can be reduced by 20%, with search times, start-up times, and forklift downtimes a thing of the past. The system fits well with the lean philosophy of Viessmann, and with the need for systems to serve employees and not vice versa.”

While one of the project’s stated goals was to reduce the number of required personnel by increasing efficiency, it was still well embraced by employees. Team members were involved from the first tests and were enthusiastic to see how the forklift tracking software could make their daily tasks easier.

The user interface of the RELAG-System® software is easy to learn, and simple to use, requiring only a short training period. As a result, the system was fully accepted by Viessmann’s workforce as a reliable, supportive tool.

On-site safety has also improved, as the forklift tracking system knows the location of all vehicles, has a collision warning system built-in, and can automatically slow a vehicle in critical areas.

The forklift tracking system has completely eliminated the need for staff to search for items, as Fischbacher of SEP Logistik AG explains: “The system’s pallet pick-up and depositing are automatic, negating the need for time-consuming scanning. Automating this process not only saves time but also prevents human error.”

The system was operational six months after the contracts were signed and, says Ungemach, “We expect to have a return on our investment within about three years.”

As well as saving battery by automatically plotting the most efficient routes, Viessmann has been able to lower work-in-progress inventory levels as materials can be found immediately when needed. This saving serves another core Viessmann value: sustainability. Ungemach explains: “We in the Viessmann family are convinced that digitization is an indispensable prerequisite to achieve global sustainability. We digitize all the relevant internal processes around our company purpose and co-create living spaces for generations to come. This project is the right step in our digital transformation and helps us to save resources and increase sustainability.”

Fischbacher at SEP Logistik AG adds: “Projects such as the one at Viessman are critical to the future of manufacturing. Viessmann is an exciting, forward-thinking business. With the support of BlueBotics, we look forward to working with them on future projects to further digitalize their operations.”

Interested in forklift tracking for your site? Learn more about ANT localization below. Or, get in touch with our team to discuss your company’s specific automation needs. 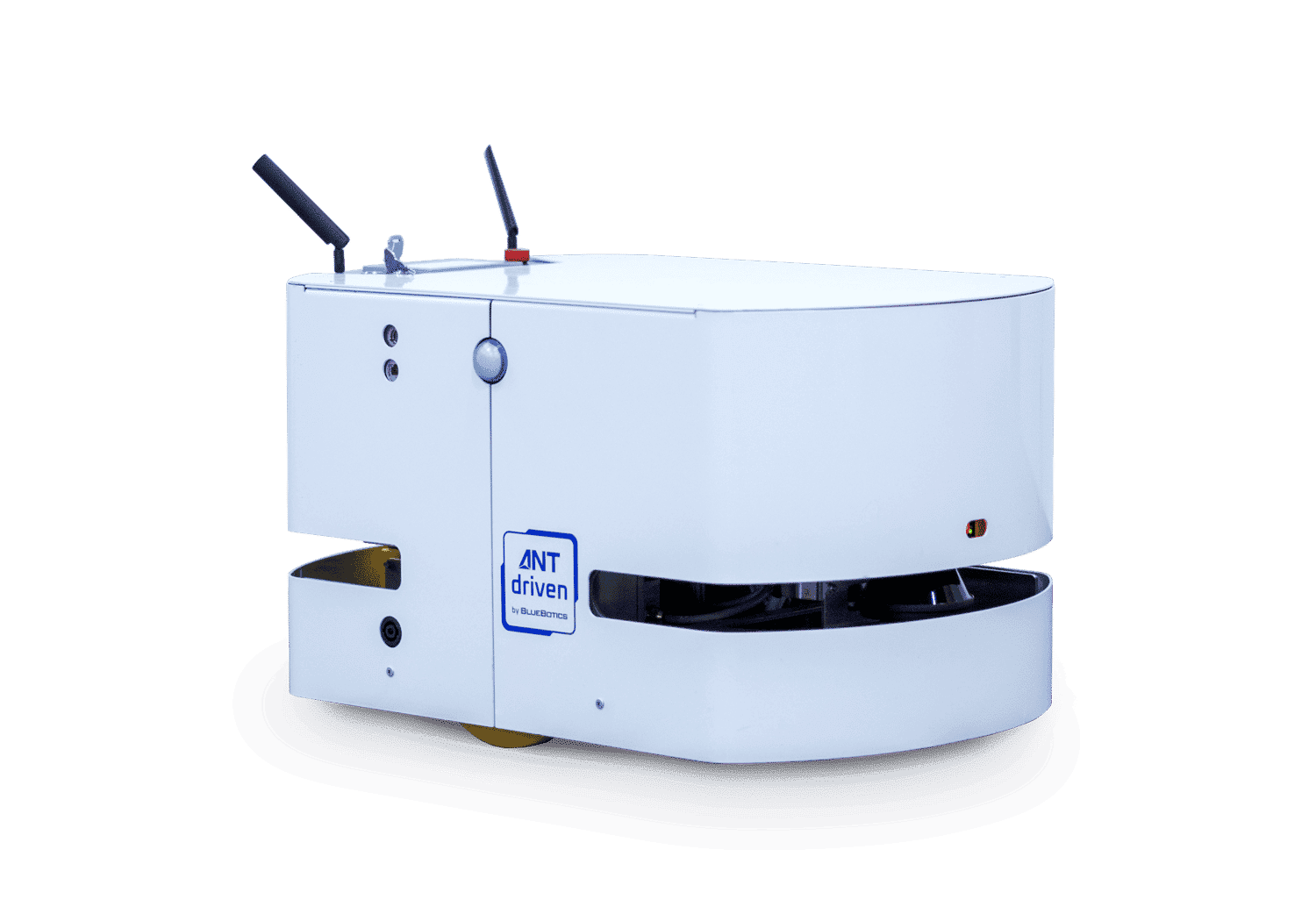